Refunds vs Chargebacks: A Guide for Merchants

eCommerce continues to boom around the world. But with it comes a rise in fraud and scams targeting both merchants and customers. Most of these result in either chargebacks or refunds.

However, understanding the difference between refunds and chargebacks is key to online merchants looking to minimize losses and strengthen their defenses.

Recent figures estimate a market size of over $1.51 trillion for cross-border eCommerce by 2027 – expected to grow by 15.5 percent a year from 2020’s $5.32 billion, according to Valuates Reports.

And, when it comes to B2C retail eCommerce at large, it’s projected to be at 20.4 percent of total B2C retail sales in 2022, amounting to $5.42 trillion, based on research published on the Shopify blog.

There’s no doubt that these figures will keep climbing. But, unfortunately, so will the fraudulent activity targeting both e-tailers and their customers.

Alongside such fraud we have seen increasing sophistication in fraud prevention methods – which, as a SEON guide explains, now employ sophisticated fingerprinting, machine learning and automation to stop criminals in their tracks and help merchants stay safe. There are also numerous chargeback fraud-specific solutions for merchants to add to their stack, such as Justt.

Indeed, many of these fraudulent attacks home in on two frequent pain points of merchants: chargebacks and refunds. But no matter how unpleasant, they are not as similar as one might assume, and we are here to explain exactly why.

In simple terms, a refund is when a merchant chooses to send a shopper their money back. There are various reasons why this could happen: as a gesture of goodwill, because the item is out of stock, if it is faulty, as a result of a false claim, etc. Customers can also request a refund when they return the item.

A merchant may initiate a refund when they realize that an order was fraudulent but the transaction has already been approved. In this case, the merchant will refund the transaction to avoid a chargeback (more on this below).

A refund is always initiated by the merchant and often means the merchant loses the cost of the item, as well as the time it took to interact with the customer and complete the refund process.

eCommerce platforms have built-in support for refunds – for instance, merchants on WooCommerce can complete them either automatically or manually. Depending on the reasons for the refund, the merchant could in theory recover the cost from their supplier, although this is not guaranteed nor is it the case with all refunds.

If the consumer’s reason for requesting a refund is not adequate in the merchant’s opinion, the merchant can choose not to refund. For example, this could happen if the shopper refuses to provide images or videos that demonstrate that the product does not work. This is up to the merchant to decide – although shoppers can then choose to turn to their bank for a chargeback.

A chargeback starts with the cardholder approaching their own bank or card issuer and asking for their money back instead of a refund from a merchant.

Some reasons a cardholder will give for doing this can be:

The cardholder’s bank will then approach the merchant’s bank, who will in turn notify the merchant that they need to complete a chargeback. If there was a payment gateway involved, that also becomes part of the process – and the same goes for any buy-now-pay-later services.

The merchant has the option to dispute the chargeback, but this is not easy to do without specialist help. It requires time, detailed reasoning and in-depth documentation that proves beyond a shadow of a doubt that the goods were in good shape, shipped as described, and reached the shopper.

Chargebacks are guaranteed by law as a form of consumer protection. Depending on the locale, these might be officially called “disputes” instead and the process may be a little different – though, for merchants, the risks and the process are similar.

Chargebacks cost merchants significantly more than the price of the lost goods or services.

In fact, industry insiders estimate that chargebacks cost merchants anywhere from 2.40x to 3.60x the chargeback among. That means for every $100 a shopper charges back, the merchant loses $240-$360. This is because there are several costs and fees that pile up:

Therefore, chargebacks are always more costly for the merchant than refunds. But there are more differences beyond this.

In addition to financial concerns, perhaps the most important point for those involved in retail to keep in mind is that though the bank issuer is in charge of returning funds subject to chargebacks, , it is the merchant who calls the shots when it comes to refunds.

When a buyer approaches the merchant for a refund request, this is an opportunity to get some direct feedback on the goods and services sold, scrutinize the issue carefully, politely request evidence, and even gain a new loyal customer if the complaint has been handled particularly well.

On the contrary, a chargeback request goes directly to the bank. Even when the merchant pays back the money, the shopper’s satisfaction with their bank or card issuer increases, but their opinions about the service they received and the shop itself remain negative.

How to Stop Chargebacks (and Refunds)

A final consideration is that chargeback fraud is a very real phenomenon, which estimates place at up to $125 billion a year in lost revenue. Chargeback fraud is a desirable avenue for criminals, including novices, as it does not require as much sophistication.

Justt estimates that 80% of all chargebacks are illegitimate – a result of friendly fraud. This type of fraud is much harder to catch because the buyer looks good on paper.

This is not to say that refund fraud does not exist. However, criminals’ focus on chargebacks over refunds and the merchant’s level of involvement in each process makes refund fraud less likely to be successful and easier to catch for merchants – on average.

In terms of stopping chargeback fraud, steps to take can be as simple as having easy to contact customer service on your website, or as advanced as deploying an end-to-end fraud and risk management solution. Best practices to this end also include making sure you reply to customers within a day or two, seeing how some may request refunds before starting a chargeback process, if the former does not work out.

It is also extremely useful, both in chargebacks and refunds, to have a complete profile of your customer to best judge their intent. Initiated chargebacks on previous orders are a bad sign. By looking at a shopper’s digital footprint, created from their email address and/or phone number, which are used to find them across 35+ social media and web platforms, you can gauge how legitimate they look, which can help immensely in the dispute process as well as in refund requests.

It is useful here to briefly address what is known as the chargeback guarantee model. This is the default model for anti-fraud that comes with your payment processor e.g. Stripe. At first glance, this makes certain vendors appear so confident in their product that the vendor themselves will pay out of pocket for any chargebacks.

Such a model may be suitable for certain types of merchants but overall, it means the vendor’s solution will normally be overcautious when approving transactions. As a result, it is more likely to create false positives, declining and frustrating legitimate shoppers for the vendor to avoid paying for more chargebacks. Alternatives to chargeback guarantees include tier-based subscriptions and pay-per-call models.

For example, when Justt recovers chargebacks, the merchant will only pay for a portion of the recovered revenue. For SEON’s fraud-fighting solution, there is tier-based pricing but no chargeback guarantees, because the strategy involves approving as many safe transactions as possible, rather than following the adage “better safe than sorry”. Yes, it may sound good but it can also mean losing a lot of revenue to false positives.

There is also the option to combine these solutions together, checking transactions before they are approved in order to prevent fraud, which would incur a per-transaction fee. Anything that does slip past can be recovered at a later stage.

For merchants both online and offline – but especially online – chargebacks and refunds can both seem unfortunate. Yet, chargebacks are clearly worse than refunds.

When possible, try to steer your customers towards requesting refunds from you rather than going to their bank for a chargeback. A refund means less of a loss, and it can also earn you a return customer.

When offering a refund fails to stop the chargeback, you will want to consider an efficient, sophisticated fraud prevention solution and a chargeback management partner.

This post was contributed to the Justt blog by SEON, a fraud prevention solution. 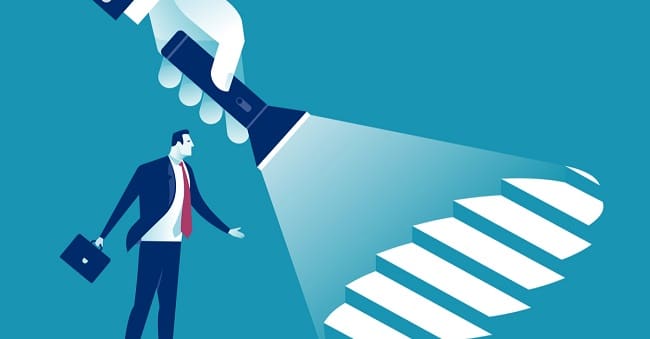